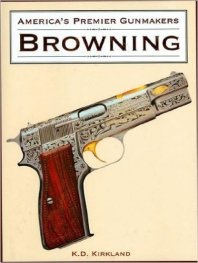 Jonathan Browning , destined to be the father of one of the worlds's great gunmakers, was born on October 22, 2805, at Brushy Fork of Bledsoe Creek in Summer Country, Tennessee. He was industrious and talented and built his first gun at the tender age of thirteen, while he apprenticed to a local blacksmith. By the time he was nineteen, Jonathan was considered to be a competent gunsmith, and he forged his own tools for his gunsmithing work. Some of there tools were still in use in the twentieth century, as Jonathan's son john Moses Browning found the old tools served him well in his shop in Ogden, Utah. Since that time, the name Browning has become synonymous with a spectrum of firearms ranging from some of the finest presentation shotguns in the world to most of the aircraft cannon used in the American aircraft during World War II. At the same time the Browning appellation gas become synonymous with a commitment to the highest ideals of quality and craftsmanship. Carefully researched and illustrated with more than 100 photographs, this book tells the full story of Browning firearms.

K.D. Kirkland is a lifelong gun enthusiast with special interest in craftsmanship and classic, lasting design. Mr. Kirkland's interests besides firearms are many and varied. He has long been involved in landscape photography and all aspects of motion pictures, including script writing and film editing. He is currently based in Logan, Utah, where he is an audio-visual engineer. His writings on America's great gunmakers also include volumes detailing the history and accomplishments of Colt, Winchester, and Remington 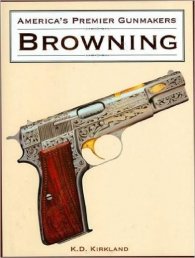